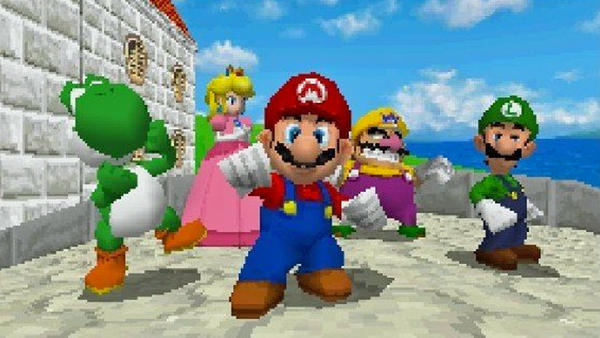 The Nintendo DS family is the second best-selling game console of all time, so when I say “everyone owned a DS” I’m hardly exaggerating.

The original Nintendo DS was a good starting point for the other models. It wasn’t bad, but it’s hard to come back after playing one of the models who came after him. The DS Lite seemed to be the model everyone owned, it was stylish, comfortable and could fit in your pocket.

Nintendo DSi replaced Game Boy Advance compatibility with a bad online store that contained virtually no games. DSiWare was not a WiiWare.

The model itself was good though, adding a camera, and there are a few DSi exclusive games, although spoiler-free none of them make this list.

The best thing about these models is that they all give you access to a wide variety of amazing Nintendo DS games. Some are even more entertaining than PictoChat, if you can believe it.

While everyone was busy laughing at 3D Sonic as he ridiculed himself over and over again, 2D Sonic was actually the star of some great adventures on portable systems. The excellent Dimps that made the great Sonic Advanced Trilogy continued their series of incredible Sonic games on DS with the excellent Sonic Rush.

Sonic Rush puts you in control of Sonic and Blaze as you try to stop Doctor Eggman (no surprise there) and his alternate dimensional version, Doctor Eggman Nega.

Sonic Rush adds the boosting ability of 3D games that works surprisingly well in 2D, using this, Sonic Rush emphasizes speed more than arguably any other Sonic game. This has its pros and cons, the biggest advantage being that it is amazing to go so fast while the biggest disadvantage is that the level design can be a bit basic at times.

Nonetheless, it’s easily one of the best games on DS and it’s a must-have game for all Sonic fans.

The game is also composed by legendary video game composer Hideki Naganuma, famous on Twitter. You know, the guy who’s obsessed with Big Chungus and catgirls, yeah, that one.

The best launch title for every Nintendo console, in order of release