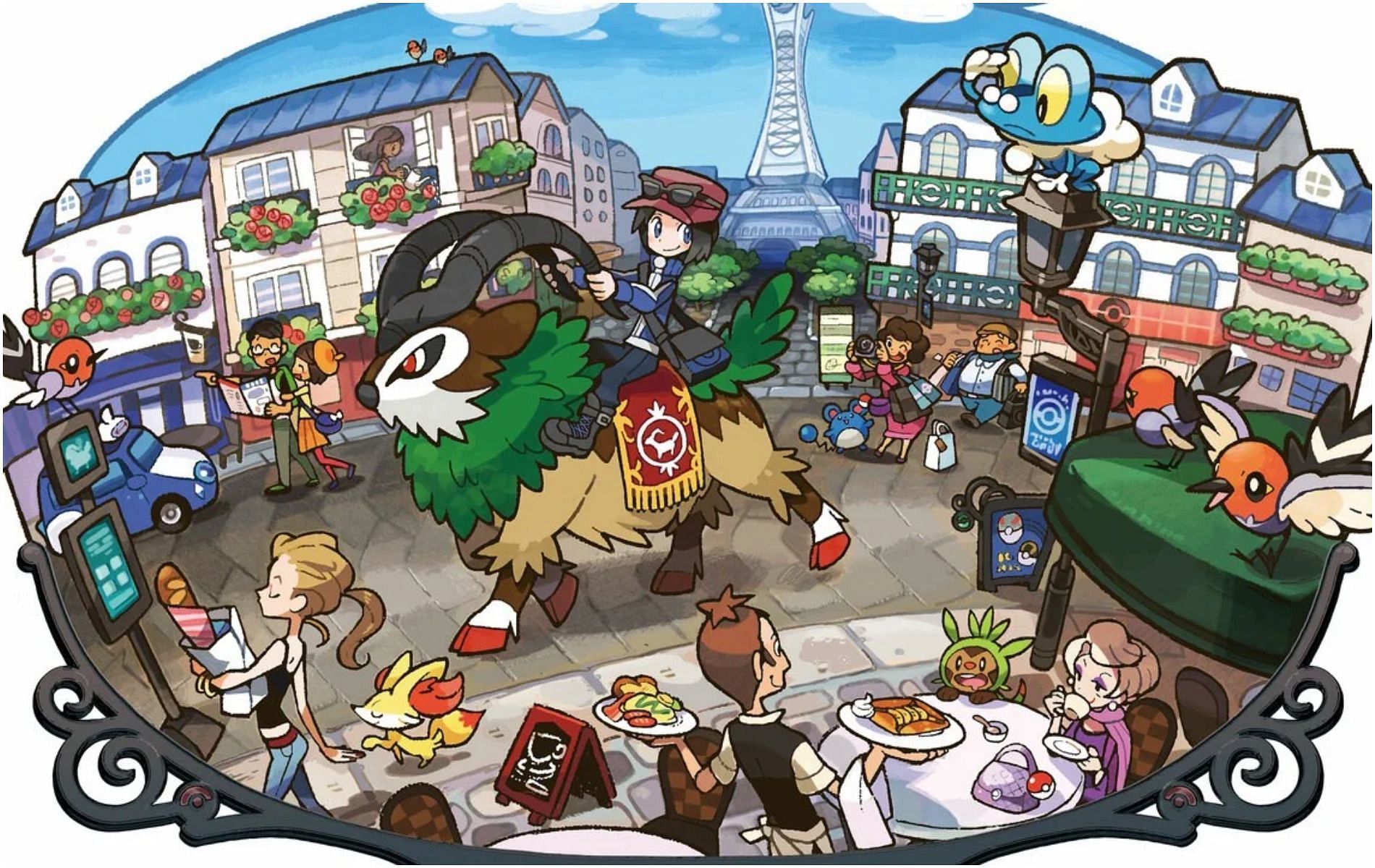 Even though Nintendo’s Switch hybrid console has surpassed all of the Japanese publisher’s other platforms in terms of popularity, its predecessor is no slouch.

The 3DS was launched in 2011 as the successor to the DS. Despite a slow start, it has amassed an impressive library, especially in the JRPG foreground. The Pokemon games, in particular, were responsible for the success of the dual-screen, bezel-less 3D device.

While that can be said for every Nintendo handheld the monster-taming franchise has honored. So here are the five best Pokemon games available on the 3DS.

While not for everyone, Mystery Dungeon games have garnered a cult following over the years. Developed by Danganronpa’s Spike Chunsoft, Super Mystery Dungeon first launched for Nintendo 3DS in 2015.

It follows the same dungeon-crawling formula as its predecessors, including the human-turned-Pokémon plot.

With over a dozen playable starters to choose from, players once again explore dungeon floors teeming with wild Pokemon and battle them with turn-based attacks alongside their party members.

Survival elements like the Belly System make a comeback. However, many changes like the new Connections mission system spice up the gameplay. Can you figure out the mystery behind Pokémon turning to stone?

Released in 2016 for the Nintendo 3DS, Detective Pikachu is a unique take on the lore set up by Game Freak. It is a narrative adventure game from Creatures, one of the co-affiliates of The Pokemon Company.

Protagonist Tim Goodman encounters a talking Pikachu who claims to be a detective. The duo soon team up and find themselves thrust into a situation that could determine the fate of Ryme City.

Players will explore the aforementioned city with Detective Pikachu in tow. Many human and Pokémon NPCs await the duo’s help in solving cases.

Players will gather clues, participate in QTE cinematic sets, and solve various cases. The game also spawned a film of the same name in 2019 with a similar plot and was well received.

Acting as an upgraded version and alternate universe tales of Pokemon Sun & Moon, 2017’s Ultra Sun & Ultra Moon improves upon its predecessors. As a budding new Pokémon trainer, players will explore the islands of the Hawaii-inspired Alola region while coming across a mysterious Legendary Pokémon called Cosmog.

Players explore various areas of Alola and take down both Island Trials and the shady Team Skull. The latest mainline Pokémon entries on the Nintendo 3DS feature a ton of content. There are many legendary monsters to catch (including new Ultra Beasts), a new dimension to explore, and new people to meet.

With the threat of Necrozma on the horizon, build the perfect Pokémon team and battle enemies in iconic type-driven turn-based battles.

Running on the same engine as Pokemon X & Y, Omega Ruby & Alpha Sapphire breathes new life into the iconic GBA classics from 2002. They are remakes of the third generation Pokemon games, Ruby and Sapphire, with the same storyline but reimagined in 3D.

Players will return to Hoenn to compete against Gyms and eventually the Elite Four to become the top coach. Depending on the version chosen, players will face either Team Magma or Team Aqua, aiming to awaken their legendary Pokémon, Groudon and Kyogre.

But in addition to an engine overhaul, there are also new features: Mega Evolutions, new Primal forms for the two legendaries, a new chapter called Delta Episode and a new flight system on Latios/Latias. In short, it’s one of the best remakes of Nintendo’s popular series.

Introduced in 2013, X&Y marks the main series’ first leap to fully 3D graphics. Located in the French-inspired region of Kalos. Although the plot retreads familiar ground to become the region’s top Pokemon trainer, players must take on Team Flare this time around.

In addition to 3D scenic backgrounds and full 3D Pokemon models, X&Y also implemented many new features that would become a mainstay. Mega Evolution, for its part, allows certain Pokémon to evolve into more powerful versions, altering their appearance in certain respects.

Pokemon Amie lets players pet and interact with their Pokemon, showing off detailed character models. Developer Game Freak has even introduced a whole new element, the fairy type – resulting in some of the most beloved monsters like Sylveon and Xerneas, X’s mascot.

Pokemon X & Y were a big step up for the beloved series, and that’s why they’re the best Pokemon entries on the Nintendo 3DS.