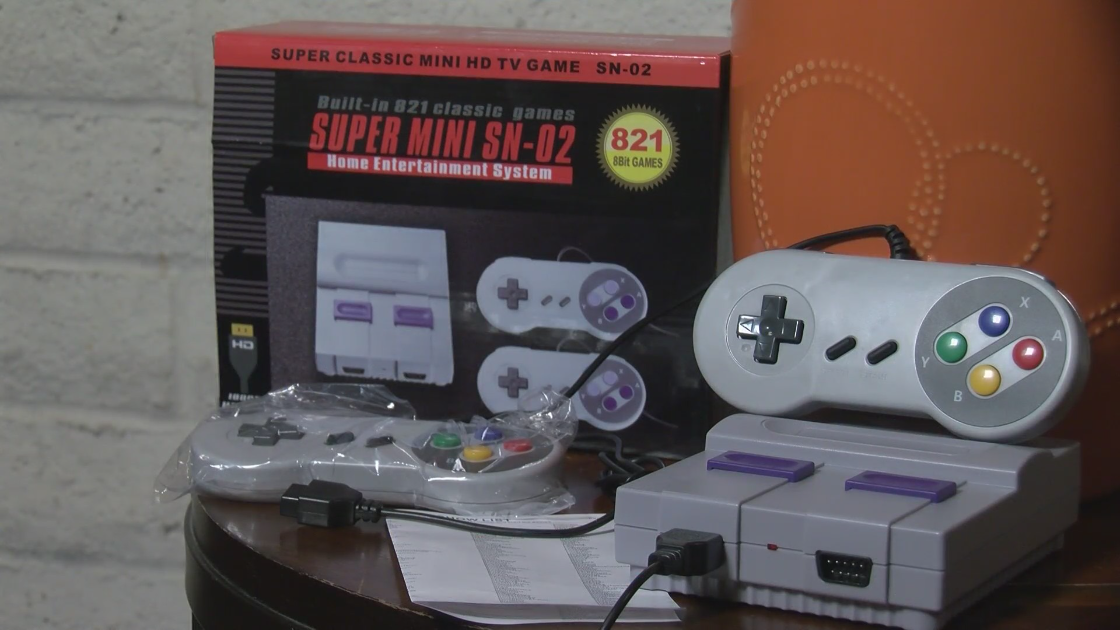 ALBUQUERQUE, NM (KRQE) – It was a Christmas present accompanied by a disturbing find. A family in Albuquerque say they bought a mini game console for their children, but when they tested it out, they were shocked to see what appeared on the screen.

With less than two weeks before Christmas, Erik Howard and his fiancee drove to the Coronado Center on Sunday to complete their shopping. “We thought it would be great not only for me and my fiance, but also for our children,” said Erik Howard.

The couple bought this retro super Nintendo at the Splat Ball kiosk in the mall. Feeling nostalgic, the couple decided to play it before packing it up for the kids and they found more than Donkey Kong or Mario Brothers. “There were games out there that were definitely not part of the original Super Nintendo,” Howard said.

Howard says one of the games was called “Blackman 2”, a kind of imitation of “Super Mario Brothers 2”. “The enemies who were in the game were described as members of the Ku Klux Klan. In the background, instead of trees, there were burning crosses. And as I played the game, there was a little vine you could climb up, and above that vine was a black man hanging, ”Howard said.

Howard says he paid $ 60 for the console. When he bought it, he had no idea it was a fake. “It looks just like a smaller version, as the technology is shrinking in size these days,” Howard said.

He also says the packaging did not contain any type of disclaimer warning potential buyers of the game’s content. So he hopes his mistake serves as a warning and protects other families this holiday season. “It’s something that shouldn’t be in any household, let alone in the hands of children,” Howard said.

Howard says there were other questionable games involving nude characters and pornography. KRQE News 13 contacted the Splat Ball booth and the Coronado Center with questions about the console, but had no response. The family say the management of the mall has come back to them and told them that they are investigating the matter.