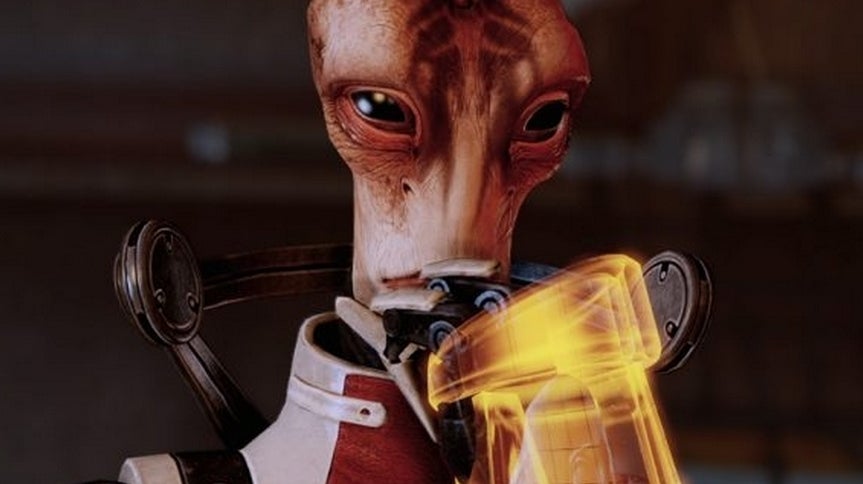 BioWare has prototyped the Mass Effect spin-off for Nintendo DS

The project, named Mass Effect: Corsair, would have been a first-person space adventure where you piloted a ship through the lawless regions of the galaxy.

Details have now been revealed by former BioWare veteran Mark Darrah, as part of a MinnMax interview (thanks IGN).

“You would fly around [in] a ship,” Darrah said, adding that it was “in a part of the galaxy that was more piratey and not really explored,” possibly “batarian space” — though Darrah isn’t sure. 100%.

It looks like it could be the Terminus Systems, the area extensively explored in Mass Effect 2 where mercenary gangs largely hold control.

“It was going to be a bit of a combination of Privateer and Star Control,” Darrah continued. “You would be independent, you would be more like a Han Solo character, not a Spectre. And you would steal, collect goods, explore and sell that information to the Human Alliance.”

So why didn’t it happen? Darrah said BioWare needs to carefully consider the project’s budget, weigh it against EA’s expected sales, and counter the fact that profit margins on Nintendo DS were lower because publishers had to factor in the cost of the game cartridge. .

“The problem is, the economy of the Nintendo DS is just terrible,” Darrah said. “It didn’t make any sense. EA only projected that we would sell 50,000 copies.”

Development on Corsair was halted, and the mobile shooter spin-off Mass Effect Infiltrator, where you played as a rogue agent of Cerberus, was eventually released instead.

Corsair isn’t the only Mass Effect spin-off that never saw the light of day. BioWare Montreal, the studio that eventually became lead developer for Mass Effect Andromeda, was working on a first-person multiplayer project that was also shut down.

Code name Mass Effect: Team Assaultthe title would have been a download-only game with on-foot and vehicle combat that was canned in favor of Mass Effect 3’s multiplayer mode.