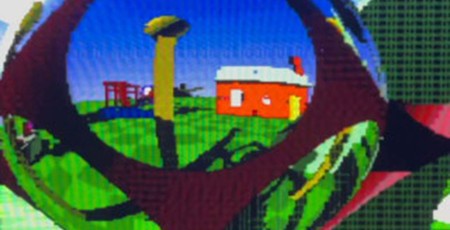 We’ve always got our eye on cutting-edge ultra-powerful hardware, but sometimes it’s fun to think back to the PCs and consoles of yesteryear. Many tech enthusiasts are passionate about the latest developments, but still hold a candle or two for the hardware they grew up with – perhaps the first home computer or console they had. This seems to be the case with Ben Carter who designed what he calls the Super RT chip for the Super Nintendo console.

The Super RT seems to draw inspiration from the Super FX chip of yore, as well as the most modern PC and console gaming trends of all ray tracing. For some background, the original Super FX chip was a co-processor that Nintendo used on various game cartridges to provide graphics acceleration. The most famous Super FX game was Star Fox which exploited the accelerator for much faster polygon output for its 3D world.

Carter is a skilled engineer and sought to add a real-time ray tracing co-processor to the Super Nintendo and called his technology the Super RT. His custom extension looks a little messy in the video, but I guess he’s just making the tech work for now. The Super RT-infused cartridge deliberately uses a single custom chip (as the Super FX did), a ‘Cyclone V FPGA’ to add hardware-accelerated ray-traced graphics to Super Nintendo systems.

In the demo video above, Carter demonstrates the Super RT with a demonstration of it handling real-time ray-traced shadows and reflections, along with a few other graphical operations. The demo runs at the rather low resolution of 200 x 160 pixels with “RTX On” and a relatively pedestrian 20 frames per second. Maybe we should wait for version 2.0 before investing? More technical details regarding this project are available on Carter’s website.