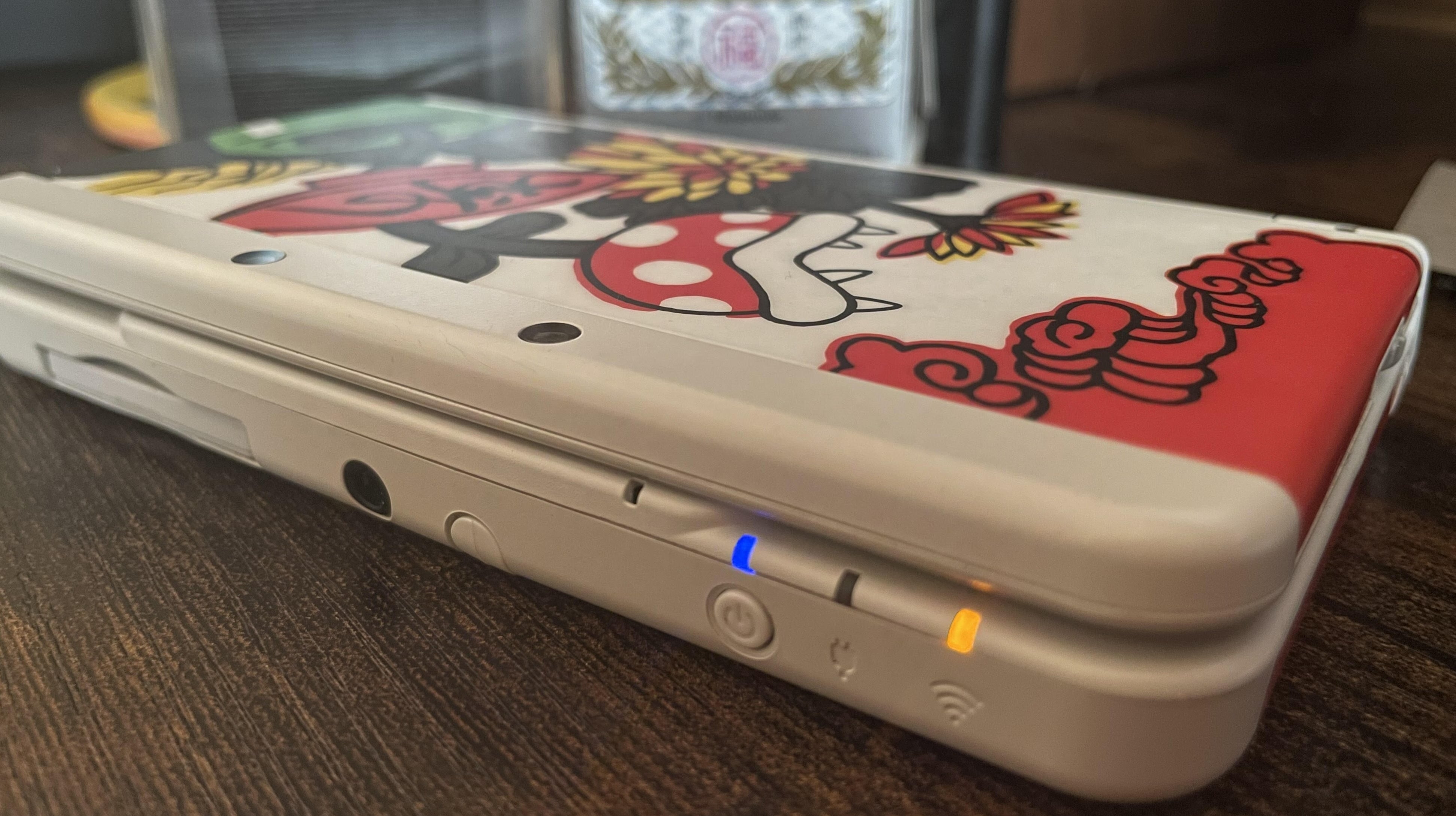 Falling in love with the Nintendo 3DS 10 years late

The 3DS was apparently released on my birthday in 2011. While I was sitting in a pub with a horribly sticky carpet and drinking Strongbow with my friends, people in Japan rushed, rather than ran, to purchase Nintendo’s latest offering, which would reach the West about a month later. I had to watch this, because just like the day it was released, the 3DS completely passed me by, released at a time when my relationship to video games was as much like my relationship to money and consumer products in general – sometimes complicated, more often non-existent.

Fast forward 10 years later, where people talk to me about video games every day, and not having a 3DS suddenly felt like a real oversight, not because of FOMO, but because people who know my likes kept saying things like “You’re going to love Ghost Trick” or “You really should play Fire Emblem Awakening”, and while I ignored them, fearing I’d spend even more of my money on games, these recommendations persisted, if only for the frequency with which they were repeated.

Eventually a friend lent me his 3DS, and it broke the dam – not so much because of the games as this cute little thing – a real handheld that sometimes even fits in a woman’s trouser pocket, and it’s whimsical by design. I know the quotes about Nintendo’s ethos being a toy maker first, game company second is so worn out it has calluses, but I think I never really understood what this meant when not applied to an experimental product like Nintendo Labo or playing tennis with Wiimotes.

There’s something inviting about the 3DS, from the little jingle she plays when she turns it on, to the little shopping bag that bows in front of you on the eshop, to the unboxing of your downloads like freebies – Just navigating through the menu is full of little sights and sounds, and the 3D effect on the top screen seems to exist just because it’s neat and a bit magical. My Switch Lite is quiet and sterile by comparison. This thing, on the other hand, has a metallic glow, and is full of playful details.

Some of them were inherited from the DS, and here too Nintendo was thinking about touch and how to use it in-game. ways to make hardware a real pleasure to use, beyond questions of shape, button size, etc. Consoles don’t do that anymore – they want to be serious, towering skyscrapers in your home that look like alien artifacts, not cute little toys.

But being overwhelmed is a sudden and very real thing – the availability of a whole new library of games so much to take to choose a game of all things becomes a crippling task. It would be impossible to choose, if the friend who lent me his 3DS in the first place had not also offered to let me browse his games. As anyone trying to preserve video games or even just build a physical collection knows, buying a Nintendo console a decade behind means always being ready to get unplugged.

While a refurbished console was easy enough to get, I either had to spend large sums of money on the eshop and then push all my purchases onto an SD card big enough to stay on, which luckily these days isn’t the unreasonable part of this proposition, or I would have to pay ridiculous prices for physical copies on ebay. So weird as it sounds I’ve accepted that this console will probably never see a cartridge which is a shame – even the click to drag a game is very satisfying, sturdier than the small SDs for the Switch than I live in constant fear of losing in the void.

But while some games have been re-released for Switch, others I think I should have done without forever, if only because those games, while good, aren’t perpetual bestsellers. I feel like owning a console now, after it’s “time” really made me realize the disappointment of people trying to preserve games on an emotional level – looking at my little 3DS with its little sharp screen, and as I follow the dancing sprites in his games with my eyes I realize that the remakes are cool, absolutely. But for some things the full experience, as it originally was, is great – no upgrades required.