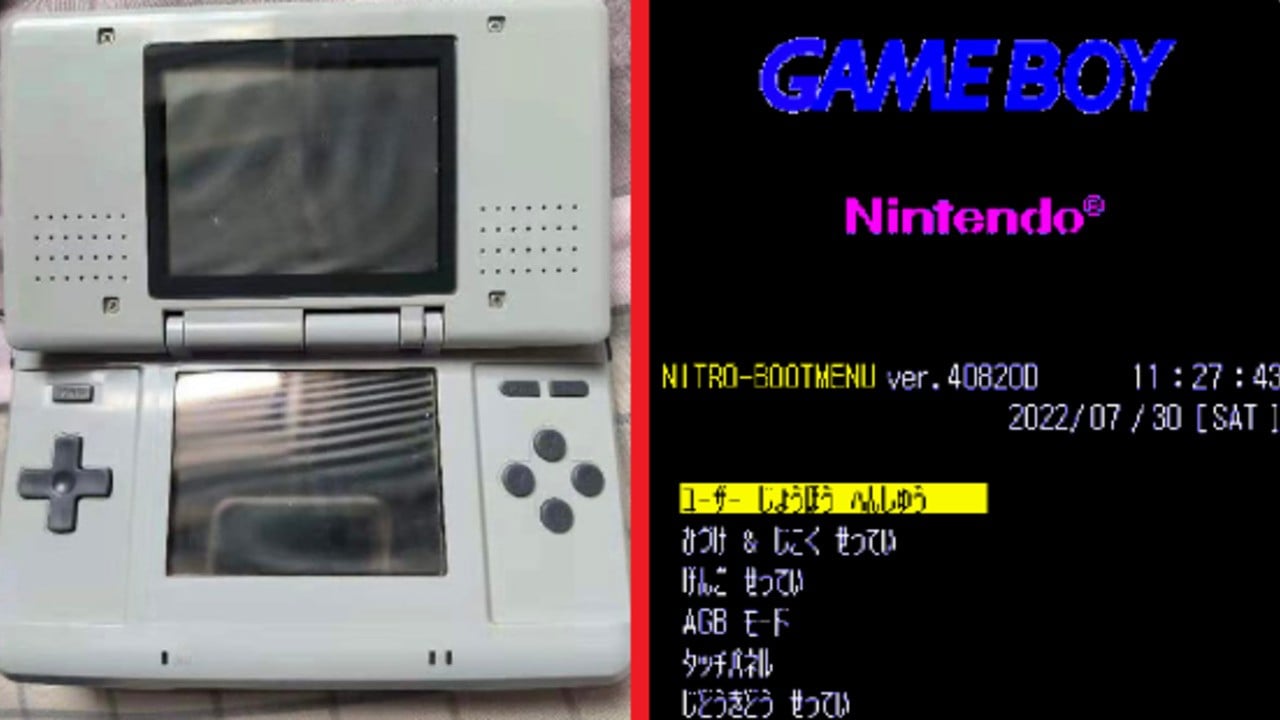 Nintendo Preservation Website forest of illusions managed to acquire another rare piece of gaming history. He was able to archive a Japanese prototype Nintendo DS X4 firmware – salvaged from an X4 prototype unit.

According to the source, “pretty much every aspect of this release is different from the final retail release.” One of the highlights is the splash screen. Instead of featuring the Nintendo DS logo, it appears to be a GBA placeholder screen and an audio file of kids shouting “Nintendo” (you can listen below).

A few differences noted: On startup, a sound file of children shouting “Nintendo!” will play. The Nintendo GBA logo will appear on the top screen instead of the DS logo. The menu itself is completely different and based on a list instead of the spread out options like retail.— Forest of illusions (@forestillusion) July 30, 2022

A Cutting Room Floor contributor also notes how “some parts” of this prototype strongly resemble the first DSi settings application:

@trashbandatcoot – “Should indicate that some parts of this prototype bear a strong resemblance to an older DSi settings app, primarily the settings layout of the menu itself and the touch calibration menu.”

Some DS enthusiasts have also installed the firmware on their own units, thanks to the efforts of Forest of Illusion:

Nintendo previously showed off prototypes of the DS at E3, which at the time was known internally as Nitro. What do you think of this slice of firmware history? How about that startup sound effect? Leave a comment below.