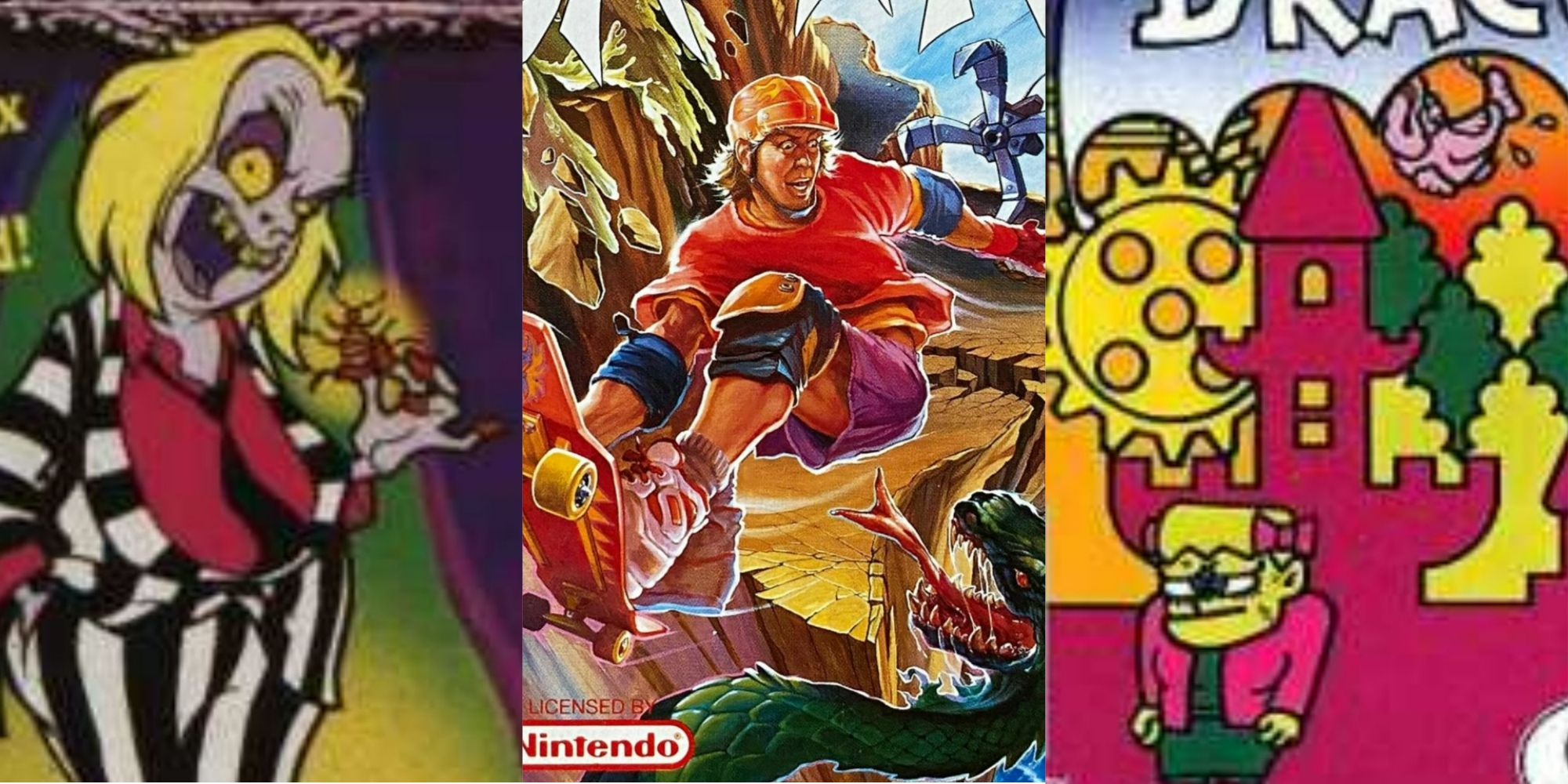 Nintendo has produced some of the oldest and most iconic video game franchises of all time, and it’s easy for many fans to compile a long list of their favorites. While some of the company’s iconic characters are unforgettable, that doesn’t mean every game to appear on a Nintendo console was equally memorable.

The Game Boyhoused countless classic and less classic games. Those who were quickly forgotten often had one thing going for them: fantastic coverage. Whether the art captures game themes, evokes a mood, or simply makes the player want to grab a Game Boy and dive in, these covers will be remembered as some of the finest to appear on the system.

If asked to name a side-scrolling Nintendo adventure in which a hat-wearing hero must save a princess from an anthropomorphic villain, most gamers would instinctively say Maria. Surprisingly, that’s not the only correct answer.

Here the game is adventure island, and the hero is Master Higgins, a young man who ventures to the titular South Pacific island to rescue Princess Tina from the clutches of the Evil Witch Doctor. There are 32 and a number of bosses, but the best part of the game is the cover art, which instantly captures a classic Nintendo vibe, feeling cartoony and adventurous with a subtle vibe of danger.

On the heels of Rare’s 1991 release for the NES, the 1992s beetle juice for the Game Boy. Based on the animated TV series, the game lets the player take control of Beetlejuice as he attempts to purge Lydia Deetz’s house of ghosts and save her from the evil Astoroth.

The game may be an odd departure from the film canon, but it has its own spooky charm. The player uses bio-exorcist magic to battle the undead, can ride around on a minecart and Pogosnake mount, and perform other typical side-scrolling activities. The game’s gothic aesthetic was a departure from many of the more colorful and cartoonish games of the time, as evidenced by the cover art depiction of Beetlejuice, ogling the player and looking as unsettling as ever.

The game’s cover art – with its towering castle, muscular hero, and lavish fantasy backdrop – might not be exactly what modern fans imagine when they think of the series, but it undeniably captured a vibe and helped put the players in the right frame of mind. the spirit to storm Dracula’s castle again.

Castlevania wasn’t the only Game Boy franchise to capitalize on the legendary vampire’s name. Child Dracula is a remake and sequel to the Famicom game from three years earlier. The evil Garamoth is back and only Kid Dracula can defeat him. Unfortunately, most of Kid Dracula’s spells have been erased from his memory, and many of his once-trustworthy minions betrayed him and entered the service of his enemy.

The game’s cover features bright colors, high contrast, and simple shapes, all of which help sell it as a parody rather than just a copy of Castlevania. The game’s legacy may not have held up well over the years, but the original is still remarkable in many ways.

Although many do not know the title C operation, they will know the name Contra. C-Operation was the sequel to Great against and the franchise’s first portable entry. Looking and playing much like the NES version, C-Operation was an addictive side-scrolling shoot-em-up, pitting the player and their weapons against a horde of challenging enemies, though it wasn’t the best in the series.

The fantasy cover – featuring a sleeveless, muscular, headband-wearing soldier blasting a giant scorpion with machine gun fire – is about as over the top as they come, but totally in keeping with the style of the time. The main character is even posed as an action figure, which makes the whole thing even more ridiculous (and awesome).

Extreme sports may not have reached their peak in pop culture until the 2000s, but Skate or Die: Bad ‘N Rad helped lead the charge. The nameless skateboarding hero is on a mission to rescue Miss Aerial from ElRad the Evil One which is all about the story the player needs or gets.

The game’s seven timed stages feature both side-scrolling and top-down skateboarding adventures, with boss battles at the end of many of them.

The game’s mechanics and story may not have broken much ground in the genre, but the game’s cover art is in a world of its own. As the game’s skateboarding hero is doing tricks on a cliff by the sea, both a helicopter and a monster try to knock him down. This moment of frozen action does a great job of showing what the game dreams of being, and while it doesn’t quite live up to that dream, Skate or Die: Bad ‘N Rad is certainly unique.

The Ultimate did more to shape RPGs and MMOs than almost any other, but before Ultimate online shook the world there was Ultima: Runes of Virtue II. This game, like its predecessor, was a non-canonical spin-off of the main series rather than a continuation of the story featured in the Age of Enlightenment and Age of Armageddon games of the time.

While it’s not canon or as mind-blowing as some others,Ultima: Runes of Virtue II had at least one advantage: a beautifully illustrated cover. With the battle of a knight in black armor and a hero draped in obligatory white, the art of the game would have been right at home on the cover of any pulp fantasy magazine. Other games in the series have overshadowed it, but Runes of Virtue II at least left gamers with that enduring image.

Given the overwhelming popularity of superheroes, it’s no surprise that these characters have had a place in gaming since the early days of the medium. It may surprise some, however, to learn that a smaller profile and a much more complicated character like Swamp Thing had its own game in the Game Boy era.

This walking talking plant has been reimagined several times in the comics, and while the Game Boy version may not have the depth that Alan Moore and other writers brought to it on the printed page, Swamp Thing received cover art that more than did the character justice. The palette of faded orange, yellow and cloudy green helps make this cover one of the most atmospheric and evocative images to ever appear on the system.

Could this be the biggest Nintendo DS in the world?