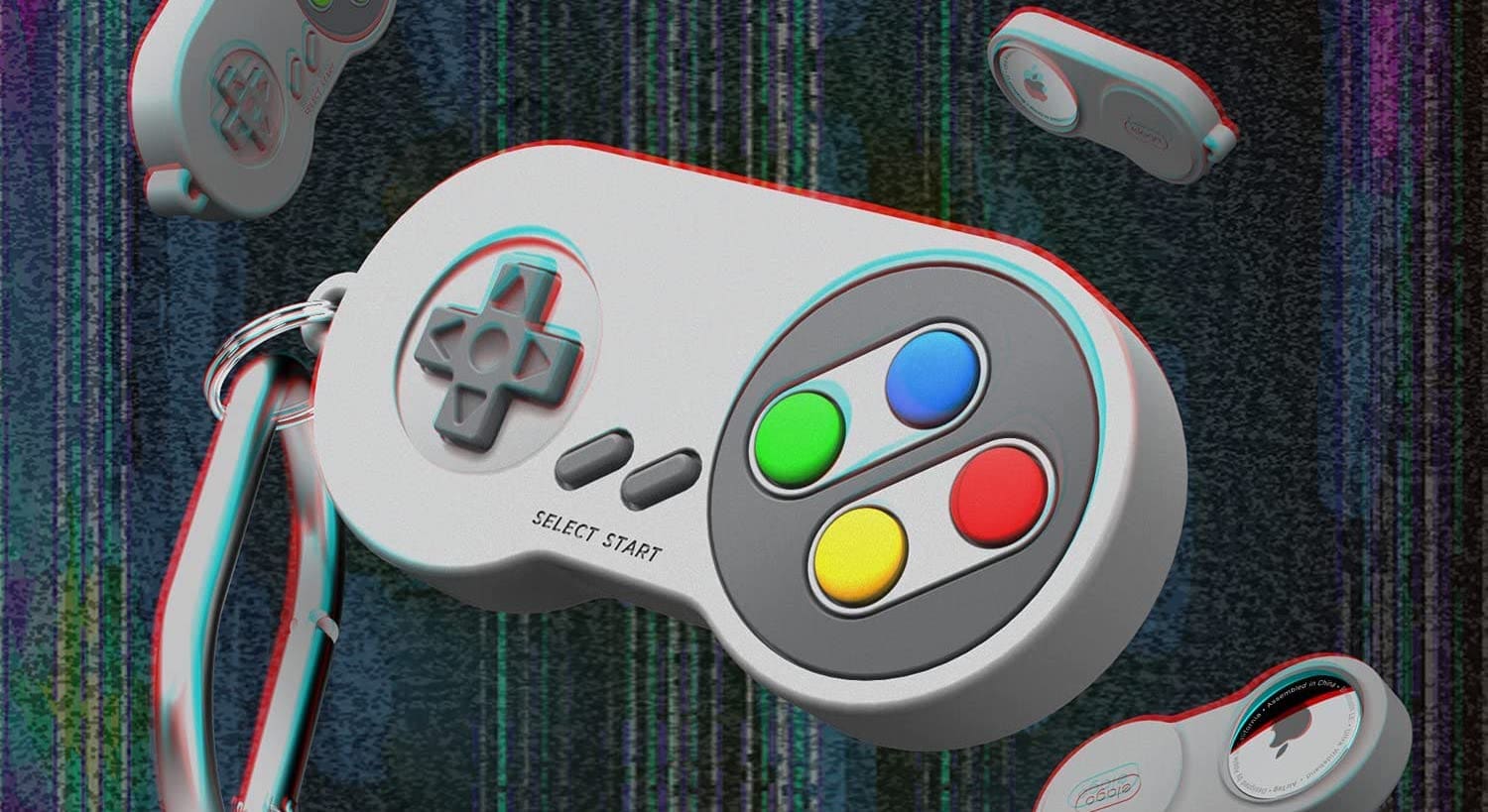 Elago starts over with his nostalgic cases that look like other things – this time the Elago W5 AirTag Keychain Case, which looks like an old-fashioned Super Nintendo home game console. You stick your AirTag item tracker on it and attach the case with a carabiner to whatever you want to track.

This message contains affiliate links. Mac Cult may earn commission when you use our links to purchase items.

Elago is known for rolling out functional conversation pieces that act as housings for devices, like its retro-styled Mac Game Boy and AirPods 3 cases. And the AirPods Pro case that looks like a camera with an AirTag lens. Of course, the company also sells products like iPhone 13 cases that actually look like cases.

And of course, that serves a purpose. This is an AirTag case designed to protect and securely hold your Apple Item Tracker – so you don’t lose what you have to make sure you don’t lose other things.

The silicone case is also a key ring. It has a pocket for an AirTag and a sturdy carabiner so you can attach it to an everyday item, like a purse, backpack or device case.

The new case is smaller than it looks in the photos. At 75mm long by 11mm high, it’s a suitable keychain that can slip into a pocket quite easily.

The AirTag slot of the case features a raised lip to protect against scratches as well as an internal air pad for protection against bumps and drops.

3 underrated Nintendo DS games that deserve a return on Switch