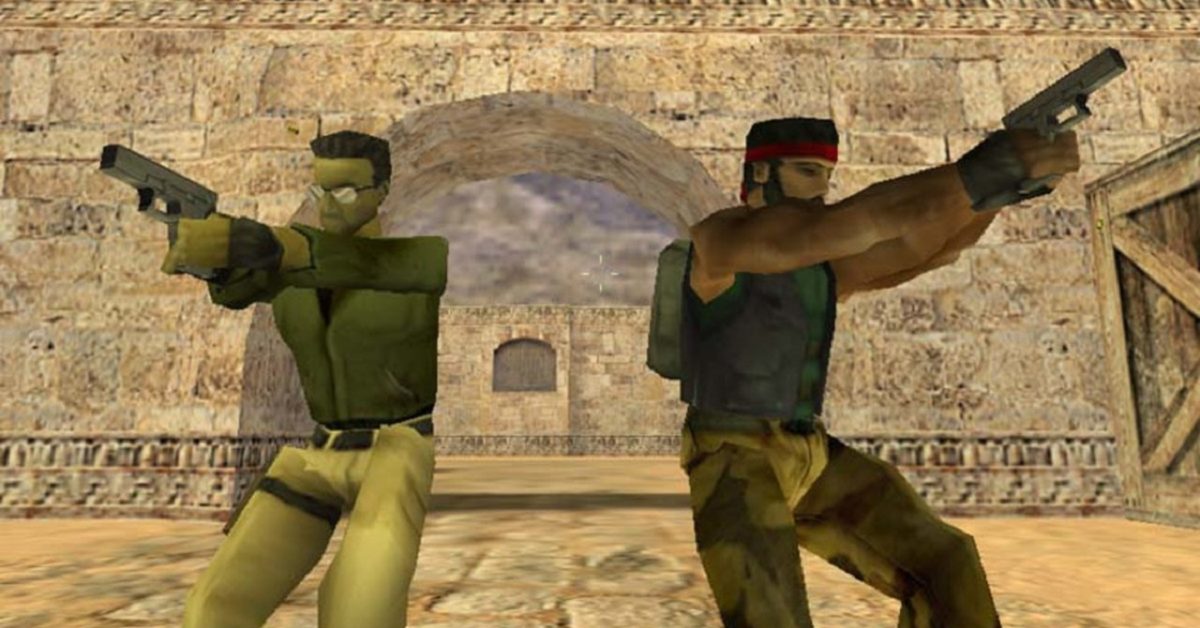 If you’ve always wanted to play Counter strike on something other than PC, you can now have adopted it on the Nintendo DS. It’s been 21 years since the original game was released by Valve, and while most people spend their days playing Global Offensive, there are still many who have a place in their hearts for the original version. So much so that when it became known that someone was attempting to port the game to a different system for remote play, it sparked a ton of chatter as people anticipated what the new mod might look like. Now we have an idea because an Alpha has been created on the DS system.

A programmer by the name of Fewnity released their homebrew version of the game earlier this year, showing they had programmed Counter strike to work on the handheld console, although in a way a lot of people haven’t really seen before. The upper monitor was used to watch the game and see all around you as usual, while the lower monitor was used to operate some of the controls, including aiming the gun correctly using the stylus. Also, as you can see from the tweet below, they were able to program it to work on the PS Vita and have it play cross-play on the same server.

The most recent update comes from the video below where we get to see more of the game in action and how it will play out. If you are keen to give it a try, there is good news as there is now an Alpha that you can download for your own DS to try out. You can get the game here, but you will need to download it from your PC and put it on an SD card to load it to the DS. If you want to experience it, take advantage!

Did you like it? Thanks for sharing on social media!

Lets bring back the Nintendo DS