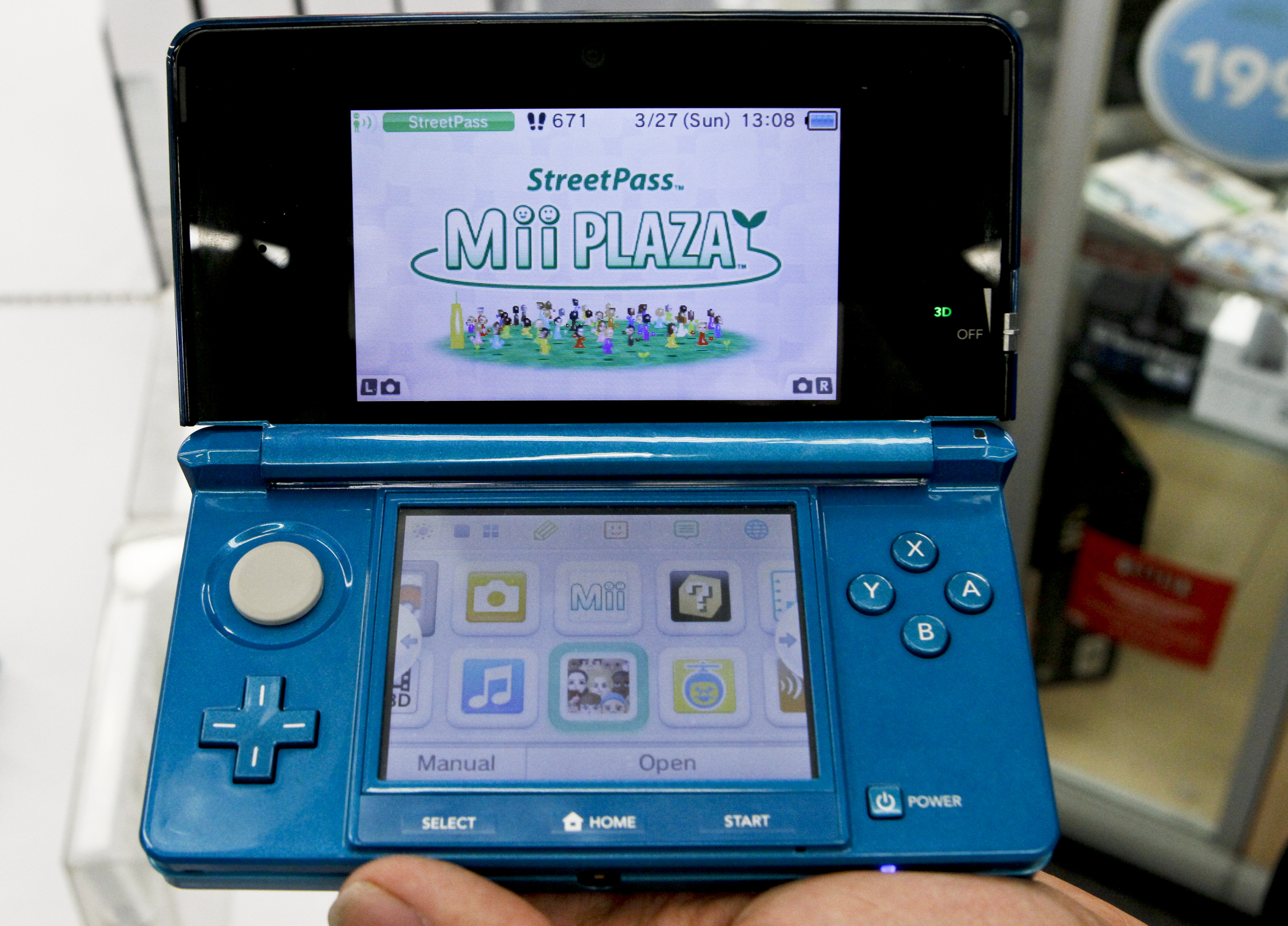 Ten years ago today, 3DS made its debut in Japan. It followed the DS family and the big selling point for this third generation of dual screen systems from Nintendo was the addition of 3D graphics. And yet, what people remember the most about 3DS is not this feature; in fact, a lot of people just turned off 3D after the novelty wore off. For me and for many others, the most memorable feature was StreetPass. Yes, StreetPass.

In case you already forgot, StreetPass was a social feature built into the handheld that, when activated, allowed the 3DS to passively exchange information with other systems in close proximity. Players could create a Mii character that would travel to other handhelds, and could then be used by the other player (and vice versa) in multiple games within Mii Plaza and beyond. The ‘Find Mii’ dungeon robot was probably the most famous of these since it was included in the system, but I was particularly in love with some of the ones you could buy, like the gardening title ‘Flower Town’. and ‘Feed Mii’, a cooking simulator.

If you really don’t have strong feelings about StreetPass, you are probably one of the many people who have benefited little from it. The feature worked great in densely populated areas like Tokyo, but less so in a country like the United States where most people drive to work.

I live in New York and until recently I was a regular commuter on the subway. In the heyday of 3DS, I could expect to collect a handful of StreetPass tags daily, load them into my system, and browse Puzzle Swap and other games on my way home from work. The gameplay wasn’t very deep, but it wasn’t really necessary – it was perfect for a few minutes of public transport distraction. Conversely, it made things terrible for people who didn’t take public transportation, as their 3DS time was more likely to be at home, competing directly with consoles and computers with deeper gameplay. . The Mii Plaza games appeared to be shallow in comparison.

However, players are generally ripe for a challenge, and for many, StreetPass has become a hobby in itself. My ex and I used to go to McDonald’s on specially advertised “StreetPass Weekends” to pick up celebrity and Nintendo employee Miis characters from SpotPass stores, and sometimes we passed playgrounds and gyms. in the hope that teens would have a 3DS stowed away. Living in the same city as the Nintendo World store was a big plus. Airports were also a godsend, especially internationally – my ex even lent me his 3DS on one of my solo trips to Europe, so I could buy him foreign StreetPass. So I carried two systems in my backpack for over a week and managed to connect with people from countries like Austria and Slovakia.

Of course, all of this pales in comparison to the windfall that awaited us in 3DS’s home country of Japan, especially in Tokyo. We were both getting on the subway and the notification light was going off; a train would pass in the opposite direction and the light would go out again. The Yodobashi camera in Akihabara ended up being a godsend; we got out of the store around noon and found a specially designed area (with signage!) for StreetPass redemption. Dozens of people were sitting or standing in the area, charging Miis, playing mini-games, then charging some more. Once the downpour slowed down my ex walked around with his 3DS to grab whatever we missed and several Japanese people burst out laughing as he’s a bearded white dude with a bearded white Mii.

That kind of connection joy wasn’t something people outside of Japan drove a lot of miles, unless they were the very specific kind of gamers who took their 3DS systems to conventions. Conventions were the main load of the StreetPass collection, from comic book conventions like San Diego to video game-themed shows like PAX. In these cases, the limit of 10 StreetPass at a time seemed less ambitious and more stingy, as staying in one place for a few minutes could net dozens or even hundreds of tags. You could easily spend the whole event clearing your queue, and I actually spent a lot of time in long lines or boring signs doing just that.

Unfortunately, Nintendo realized the potential of these gatherings too late. Although it used events like PAX to release new Puzzle Swap artwork, the company didn’t introduce features aimed at dedicated StreetPass collectors until 2016, five years after the start of the system’s lifespan – and a year before the release of its replacement, the Switch. At this point, you could pay to upgrade your StreetPass queue to 100 locations, allowing you to passively collect StreetPass tags at events and play with them later. It was a paid feature that certainly limited its appeal, but the kind of people who would take their 3DS to big events, and the kind of people who would go to video game shows, period, are also the kind to cough. up to an additional $ 10 for the convenience of better management of StreetPass (probably also the guy who pays for PokÃ©mon Bank).

In the end, I built a collection that I’m proud of: 50 states and territories in the United States (only North and South Dakota is missing), all of Canada, 30 prefectures in Japan, and parts of dozens of other countries, including Spain, France, Germany, Denmark, Mexico, Brazil and South Korea. I also collected almost all possible birthdays (another added bonus feature later). And of course, there are the Miis themselves, 3,660 tags of all kinds of body shapes, colors and costumes – the most dedicated StreetPassers would even use the personalized greeting to mark the events they were on. , so you know you caught that Mii from New York Comic Con or that Mii from PAX South. In a way, my Mii Plaza is a kind of digital passport, of the countries I have visited, the events I have attended, and the people I have met, if only fleetingly. I love my Switch, but I miss the challenge and community of the 3DS StreetPass system.

All products recommended by Engadget are selected by our editorial team, independent of our parent company. Some of our stories include affiliate links. If you buy something through any of these links, we may earn an affiliate commission.