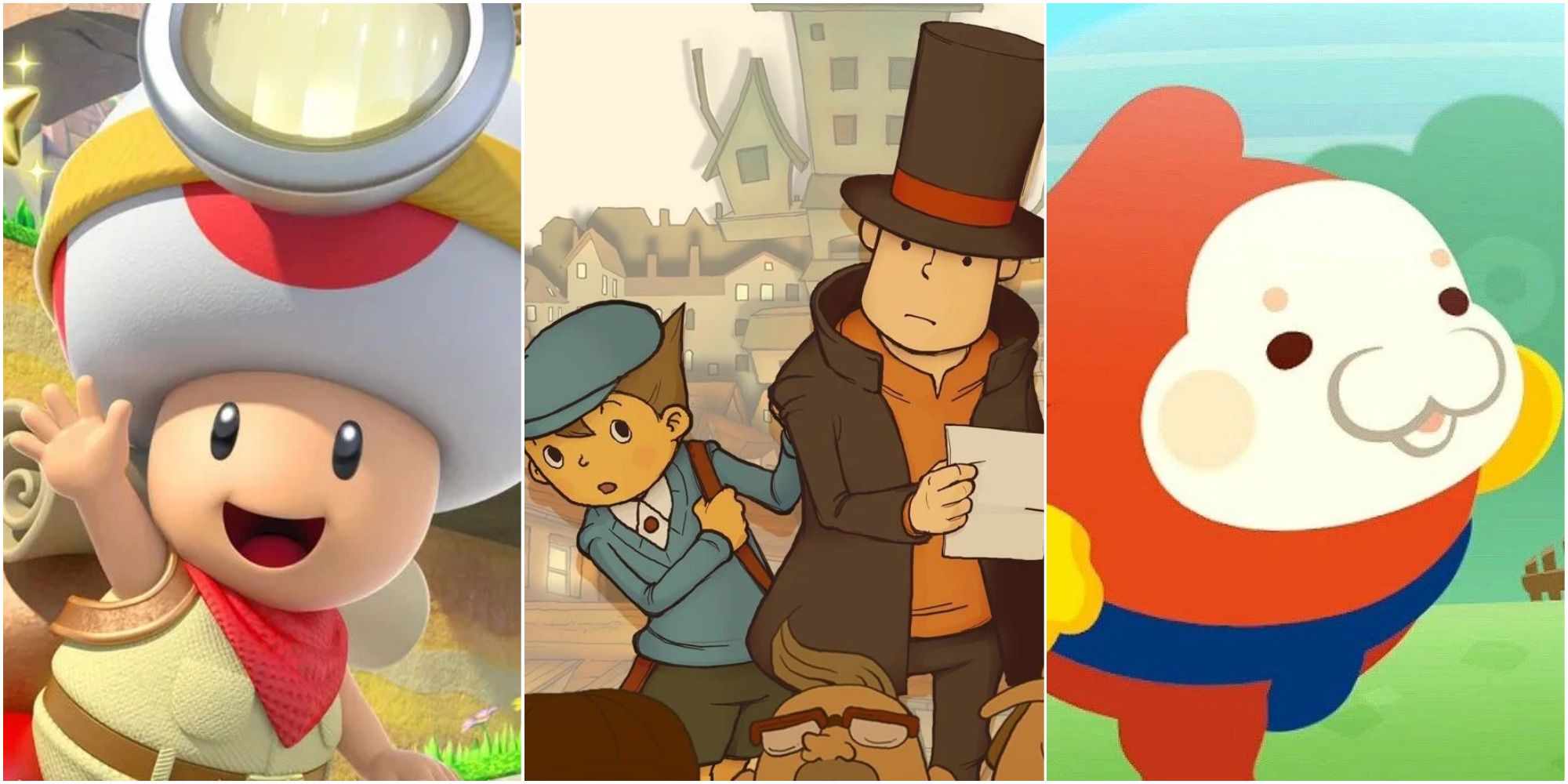 The best puzzle games on Nintendo DS and 3DS

When Nintendo launched the DS in the 2000s, the reaction was something of puzzled interest. What could this new touchscreen bring to gaming? How would Nintendo treat Sony’s rival PSP, which promised console-quality gaming on the go? This perplexing interest quickly turned into real success when gamers saw how the developers could use the unique format to create interesting puzzles. (Look what I did there?)

RELATED: Hidden Gems on the Nintendo DS and 3DS

The 3DS continued the hard work, and Nintendo’s latest generation of handheld consoles leave behind a legacy of excellent, thoughtful puzzle games and brain teasers that deserve to be highlighted.

Meteos was one of the first flagship apps for the original DS. Created by Tetsuya Mizuguchi, the puzzle mastermind behind classics like Rez and Lumines, Meteos was an early proof of concept for how the second screen could improve gameplay. It’s a good example of why puzzle games have thrived on the system.

The game is a falling block style puzzler, but when you connect similar blocks, they fly up the screen. Chain multiple links back to back and your Rocket Block gains power, scoring you more points. You could say it’s a… explosion.

9 Professor Layton and the Curious Village

Although his series has gone dormant in recent years, Professor Layton was one of the DS’s most visible mascots, emphasizing the platform’s approachable design ethos. The first game in the series still holds up incredibly well too. In Professor Layton And The Curious Village, you control the homeroom professor and his apprentice, Luke, as they explore the village of St. Mystere.

The inhabitants of the village will help you in your quest… provided you solve their brain teasers. The game blends beautiful aesthetics, an interesting story, and excellent puzzle design to fantastic effect.

In Japan, Picross games have appeared on Nintendo consoles for years, but after the commercial failure of Mario’s Picross in 1995, few made their way west. That changed with the advent of the DS, when Picross DS and its excellent sequel, Picross 3D, found a new audience on the DS.

Picross DS is a good puzzle game, but Picross 3D is better. The added third dimension allows for more complex and interesting puzzles, as you use the stylus to cut blocks and create 3D shapes.

Tetris is a good bet on any system – it’s hard to bust the game’s addictive loop of falling shapes and clear lines – but Tetris DS stands out as one of the best entries in the long-running series.

In addition to the normal mode, the game adds several modes inspired by Nintendo classics like The Legend Of Zelda and Metroid. It also featured online multiplayer through the since-discontinued Nintendo Wi-Fi Connection service. It remains a joy to play and a tribute to Tetris – and Nintendo’s legacy of puzzling perfection.

Take on a basic match-three style puzzler in the vein of Bejeweled. Now make it a competitive turn-based system and mix in RPG tropes like experience points, side quests, and stat building. Finally, add a simple story and you have Puzzle Quest: Challenge Of The Warlords.

Developed by Australian studio Infinite Interactive, Puzzle Quest became a word of mouth sensation upon its release in 2007 thanks to its addictive combination of puzzling gameplay and RPG elements. It’s a bit like peanut butter and chocolate: two delicious flavors that go together so well.

Panel De Pon is one of Nintendo’s most iconic puzzle franchises, but it’s taken a strange journey to the West. The original game was released as Tetris Attack, although it had no connection to Tetris, while later versions would get brand changes to fit in with hit series like Pokemon.

Planet Puzzle League is the first standalone Panel De Pon game that was released without such a rebrand, allowing competitive block-matching gameplay to shine. Plus, it’s one of those games that asks you to hold the DS sideways like a book, which automatically means it makes you smarter.

Captain Toad: Treasure Tracker has come full circle, releasing first for the Wii U and then landing on the 3DS for gamers who needed their fix on the go. The game is a modern puzzle classic, as you guide Captain Toad through toy box style levels in search of treasure, dodging enemies along the way. It’s cute, charming and lots of fun.

The Mario Vs. Donkey Kong handheld puzzle series has brought us many gems, and Mario And Donkey Kong: Minis On The Move is one of the best. It challenges you to guide the mini Mario dolls through the stages by placing tiles to direct their movement. For an added challenge, you can opt for optional parts, forcing you to think on your feet.

The game also includes a level creation mode, allowing you to challenge other players around the world. The 3DS eShop is full of great puzzle games like this, so you better grab it while you still can.

Another 3Ds eShop success story, BoxBoy started out as a smaller, more experimental project from the developers at HAL Lab. The game is a seemingly simple puzzle-platformer where you control the titular boxboy, Qbby, who is able to create groups of boxes to move around compact levels. Although it starts out simple, the puzzles slowly get more complex until you get to some real masterminds.

RELATED: The Best Platformers on the 3DS

The game was so successful that it spawned several sequels and an Amiibo figure, making BoxBoy something of a modern-day icon.

The 3DS was in dire straits after its initial launch in the early 2010s. The system’s high price tag and fashionable commitment to stunning 3D functionality, along with a disappointing lineup of launch titles, all contributed to chronically weak sales and a sense of impending doom. But Pushmo, a 3D puzzle released on the (wait for it) 3DS eShop, helped change that.

The game asks you to push blocks to create platforms, allowing you to climb higher and push even more blocks. The game’s cute style and devilishly difficult puzzles made it an early hit for the 3DS, leading to a few sequels and an appearance in WarioWare – the ultimate seal of Nintendo royalty.

Concept Artist Imagines What Pokémon’s Descendants Would Look Like

Leah Isobel is a California-based writer, critic, musician, and actress. His work has been published in Singles Jukebox and Soap Ear Journal. She has been playing video games since the age of four and has a particular fondness for RPGs, platformers and adventure games. You can usually find her in a kitchen somewhere baking pies.

How Nintendo Switch Online Stacks Up | Everything about Nintendo

10 Best Nintendo DS RPGs Of All Time, According To Ranker