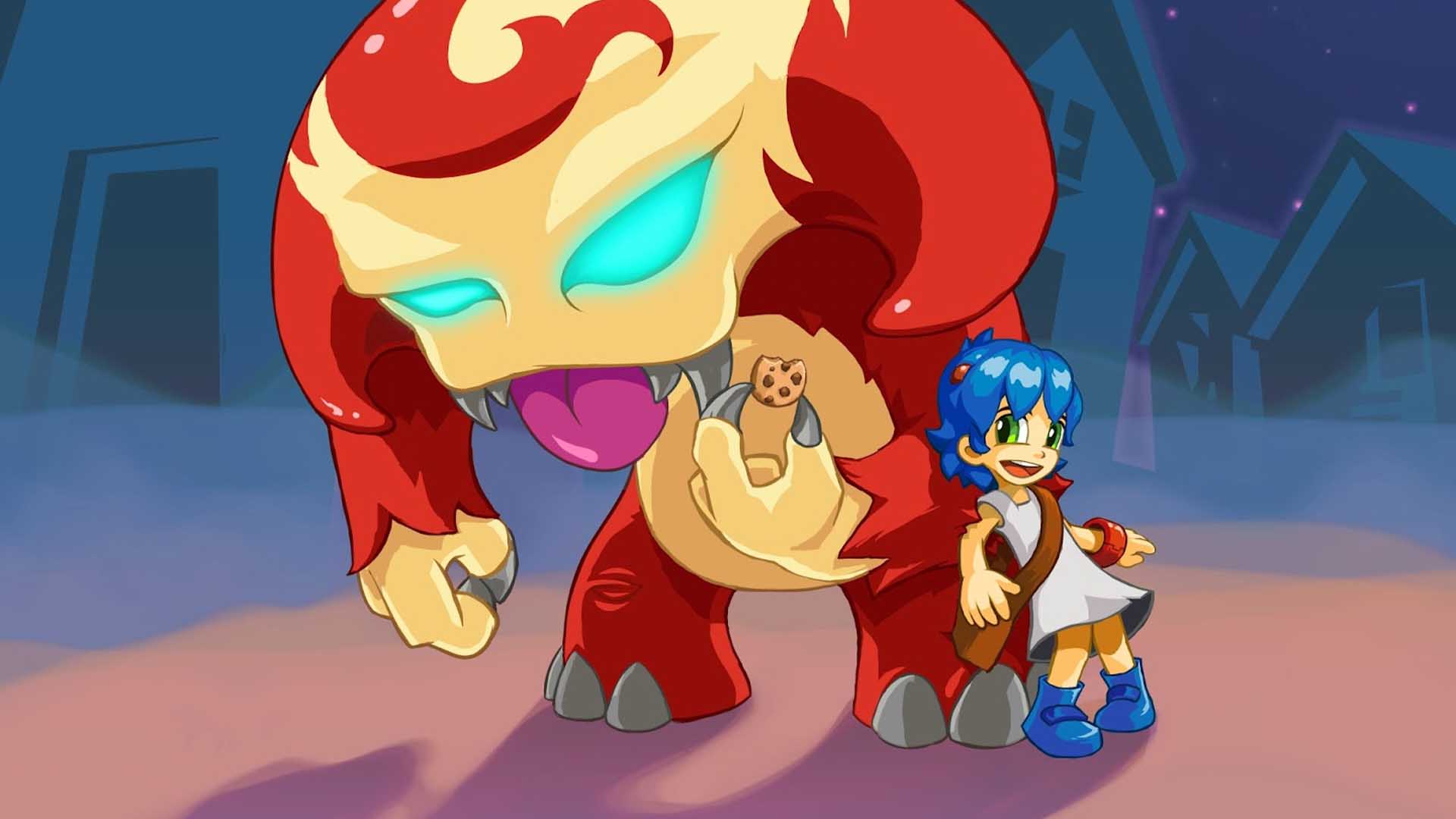 The Nintendo DS undoubtedly has one of the largest libraries of any platform – handheld or home console. Thanks to a recent announcement from Majesco, one of the titles from this star system, Monster Tale, is now officially heading to all current platforms later this year! Developed by Dreamrift, Monster Tale is a colorful and charming fusion of Metroidvania, puzzle-solving, and pet management that’s sure to be another gem in the Nintendo Switch library.

The game sees protagonist Ellie transported to the mysterious Monster World, where a prophecy predicts that a child will free the monsters. Unfortunately, a group of foul children known as the Kid-Kings have also come to Monster World and are using the prophecy to manipulate and enslave the people of the earth.

Ellie teams up with a newly hatched monster she names Chomp and must work with her new friend to both rid the world of evil Kid-Kings and find a way back to her own world. If she wants to succeed, she must overcome obstacles, solve puzzles, learn new abilities, and raise Chomp to be the strongest monster possible!

The game features a vibrant 90s 2D pixel art style and a wide variety of wacky and menacing characters and monsters to encounter across the land of Monster World.

It’s worth noting that the original version of Monster Tale was exclusive to North America, so hopefully the game will finally see a global release when it arrives later this year. It’s not yet known when this DS classic will land on the Switch, or if it will receive a physical release on the platform, but be sure to stick around here on Nintendo Wire as we’ll be keeping a close eye on it!

Netflix closes on Nintendo 3DS and Wii U