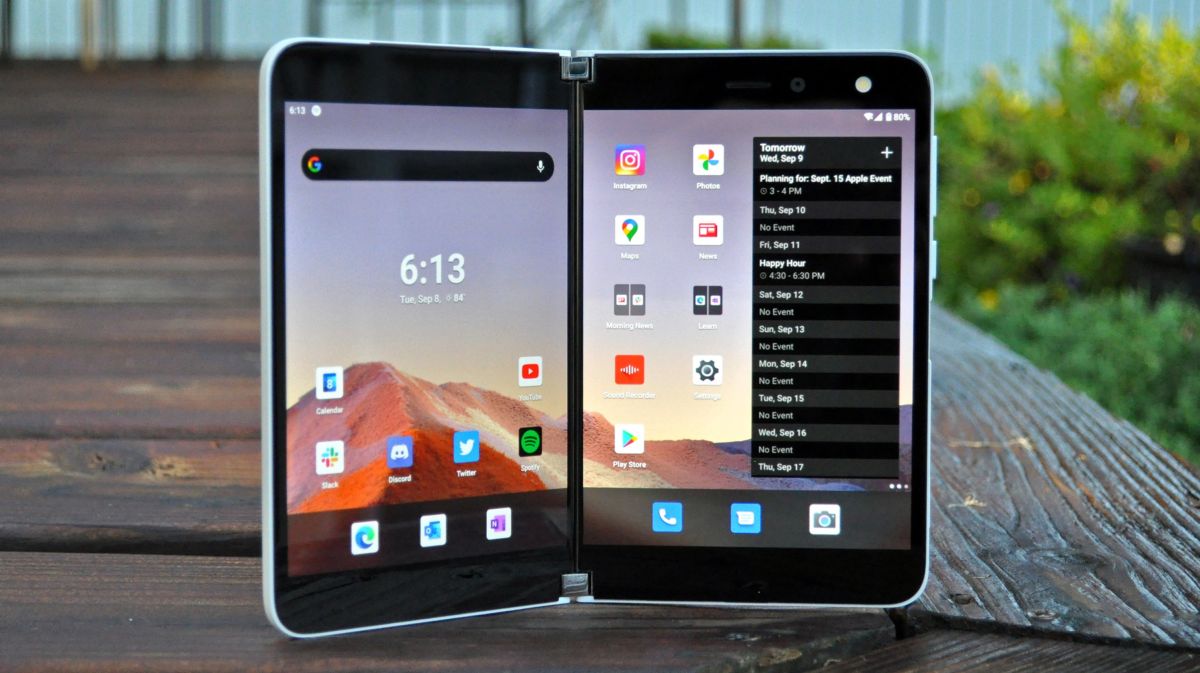 Instead of pairing the phone with a controller or using single-screen touch controls, a new version of Game Pass beta for Android effectively turns the Surface Duo into a Nintendo DS-style device. Unfortunately Mario is still not available.

Some Game Pass games, like Minecraft Dungeons, already support touch controls on Android, but the interface isn’t great. For starters, your hands end up taking up too much screen, which is certainly not an ideal way to play.

But Microsoft could be on to something by splitting the action between the Surface Duo’s two displays. The top screen is the game display, while the bottom screen houses a full set of controls.

You always have to face the fact that touch controls are not as tactile as physical controllers. But it’s best to carry an Xbox controller to enjoy games on the go.

According to Windows Central developers will also have the ability to change on-screen controllers. So different games might have different buttons and configurations best suited for that style of play. You cannot achieve this with the standard Xbox controller.

Of course, using the touchscreen also means that Game Pass titles, like Gears 5, will be able to take advantage of the Surface Duo’s gyro controls. This means that you will be able to rotate the in-game camera by physically moving the phone. Just another feature that Microsoft seems to have borrowed from the Nintendo DS, and something that Xbox controllers can’t deliver.

This update means Microsoft wants to give people choice. The game pass is compatible with Xbox controllers, clip-on gaming peripherals like the Razer kishi, and now DS-style dual-screen controls. No matter how you want to play games on your phone, you have the flexibility to choose the style that best suits you.

For now, all we want to know is whether this feature will be available on other dual-screen or foldable devices. Especially those like the Samsung Galaxy Z Fold 2, which have the same â€œfold-outâ€ design as the Surface Duo.

If you want to enjoy the update for yourself, you’ll need an Xbox Game Pass Ultimate membership first. A standard Game Pass subscription does not allow you to stream games to Android devices. It will set you back $ 14.99 or Â£ 10.99 each month.