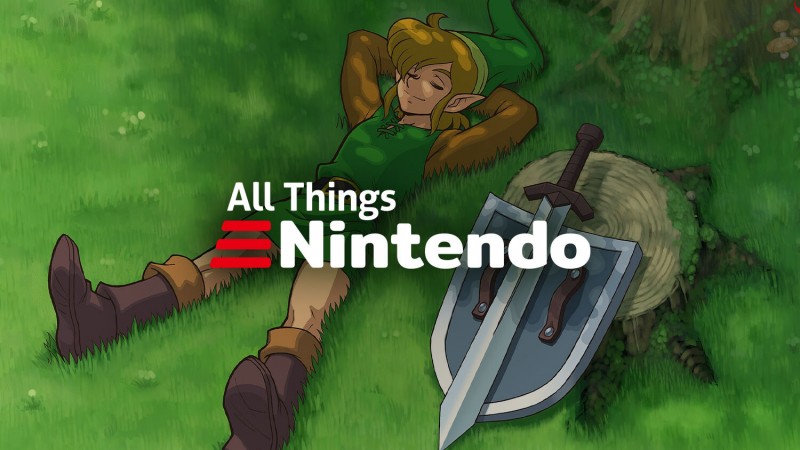 Zelda: A Link To The 30th Anniversary Of The Past | Everything about Nintendo

This week on All Things Nintendo, Brian is joined by game informantby Daniel Tack to celebrate the 30th anniversary of The Legend of Zelda: A Link to the Past. The two talk about its development, its legacy, why the game is considered such a masterpiece, and their own personal experiences with the title. Before that, they break down novelties such as Xenoblade Chronicles 3, Sonic Origins, Teenage Mutant Ninja Turtles: The Cowabunga Collection and… Crazy Taxi / Jet Set Radio? The show ends with a huge final ranking topic and Dan’s eShop Gem of the Week, as well as some personal news from Dan.

The All Things Nintendo Podcast is a weekly show where we can celebrate, discuss and break down all the latest games, news and announcements from the industry’s most recognizable name. Each week, Brian is joined by different guests to talk about what’s going on in the world of Nintendo. Along the way, they’ll share personal stories, discover hidden gems in the eShop, and even revisit the classics we all grew up with. A new episode comes out every Friday!

Be sure to subscribe to All Things Nintendo on your favorite podcast platform. The show is available on Apple Podcasts, Spotify and Google Podcasts.

If you would like to get in touch with the All Things Nintendo podcast, you can do so by emailing [email protected], tweeting Brian (@BrianPShea), or by joining the official game informant Discord server. You can do this by linking your Discord account to your Twitch account and subscribing to the game informant Twitch channel. From there, search for the All Things Nintendo channel under “Community Spaces”.

For more Game Informer podcasts, be sure to check out The Game Informer Show with hosts Alex Stadnik and Alex Van Aken, which covers weekly video game industry happenings, and Video Gameography with hosts Marcus Stewart and John Carson , which explores the story. of video games – one series at a time! We also have From Panel to Podcast from host Andrew Reiner, covering everyone from comic books, including the shows, movies, and games that come from it!